If you try to complete all of the available missions for each chapter and season of Fortnite and are having difficulty completing the Apres Ski dancefloor challenge which will provide you with a large number of XP points, you’ve come to the right place. As listed below is a straightforward, easy-to-follow guide to completing the viral challenge. 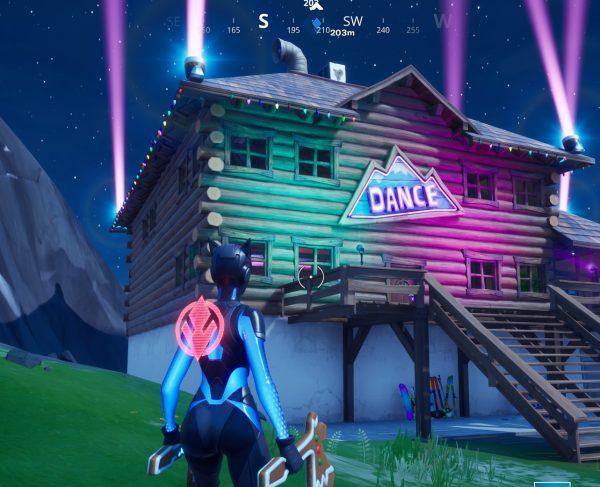 In order to complete one of the season’s special requests, you’ll need to find the secret dancefloor at Apres Ski and dance on it for a full 10 seconds. If you complete this challenge you will be rewarded with valuable XP points. Unfortunately finding Apres Ski itself, let alone its dance floor may be harder than you think. This is due to the fact that Apres Ski itself, is not located on your map. If you’re wondering where is Apres Ski Fortnite, it is located next to a mountain which is covered with snow next to the E8 tile which you’ll see near the bottom of the middle of the map. It’s impossible to miss as its white snowy mountain is clearly visible. The best way to get to Apres Ski is to land on it after you jump out of the plane at the start of a game.

Once you land on Apres Ski or make your way to it, head to the main entrance as the dance floor is located to the right of the entrance. Keep dancing on the dancefloor until a notification comes up which tells you that you have completed your quest and have been awarded 35,000 XP for your trouble.

Keep in mind that as this is a popular mission that if you head to Apres Ski, other players are likely to have the same idea. While many of your fellow players may refrain from trying to shoot you and will call a temporary truce on the dance floor, other players may head to the dancefloor who have already completed the mission, just to snipe easy targets. To make things a little easier for yourself you may want to select the Team Rumble game mode which will allow you to respawn, which should make it a lot easier to complete your goal, in one game.

So if you had difficulty locating Apres Ski as it’s not listed on the map, now you know where Apres Ski is and where to find its dancefloor. So there’s no better time than the present to complete the Apres Ski mission.